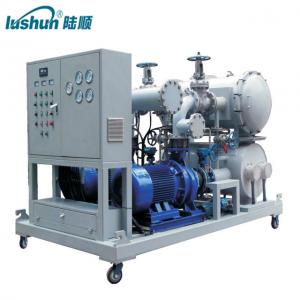 the potential for premature failure.

Contaminants such as water, rust, loose scale, weld slag, sand, dirt, and oils are removed from the system with a proper pre-operational cleaning,

particles can become trapped in the bearings of rotating equipment and cause significant damage. The dynamic oil film thickness in rotating

bearings can be less than a micron, so it is imperative to remove particulate from lubrication systems down to a microscopic level.

APPLICATIONS FOR LUBRICATION AND HYDRAULIC OIL FLUSHING INCLUDE:

Thank you! Your message has been sent to the following suppliers.